Hyperbaric oxygen therapy has been used to treat many of these conditions. It is FDA approved in certain conditions such as wound healing.


Hyperbaric medicine is a medical treatment in which an ambient pressure greater than sea level atmospheric pressure forces oxygen into the cells of the body. Hyperbaric oxygen therapy (HBOT) has many indications and has been used healing of many types. Our clinic uses HBOT with stem cell regenerative therapy to enhance the effectiveness. A study done in 2005 showed that HBOT increases stem cell activity 8 fold after 20 treatments.
​
Hyperbaric therapy was originally used to treat deep sea divers who were thought to be suffering from the formation of air embolisms due to a too rapid ascent from their deep sea dive. Many people have said that the hyperbaric chamber looks like a small submarine
​It is a firm shelled pressure vessel (when expanded) made of welded thermoplastic polyurethane (TPU), kevlar and aluminum with view ports (windows) made of acrylic. The chamber has a human entry hatch, an airtight door to the hatch, and a mattress pad to lie on so that the patient can comfortably lie in the chamber and nap or read.

​The nurse is visible through the view port. Our two-way intercom allows the technician to stay in constant communication with the patient. The patient is then instructed to put on an oxygen mask and the technician will adjust it properly. Ninety nine to one hundred percent pure O2 is flowing in. The “dive” (as it is called in HBOT therapy) is just about to begin!


Now special valves are opened to let in pressured air. Normal room air is (at sea level) about 15 pounds per square inch. This is called “one atmosphere absolute.” We abbreviate that as 1 ATA.

​Most hyperbaric oxygen treatments take you down to 2 ATA or about 30 pounds per square inch. That’s about the same amount of pressure as in the tires of a car. The patient is reminded to swallow. Once the patient does, the air pressure equalizes and they can hear better. (Some patients with chronic ear congestion require special coaching in order to comfortably reach a depth of 2 ATA).


Once the patient’s time is up, the “ascent” to the surface pressure of 1 ATA begins. It takes about 10 minutes to slowly and safely return to 1 ATA, all the while the patient continues to swallow to clear their ears!

The increased air pressure, combined with an increase in oxygen to up to 100 percent, forces oxygen to dissolve in the liquid part of a person’s blood. This “hyper-oxygenated” blood is delivered to all of the body’s cells, tissues, and fluids at up to 10 times over the normal concentration! This is high enough to sustain life with no blood at all!

​Let’s do the calculation: Room air is 20% oxygen.  So 100% oxygen is an increase of 5 times. Then if this is done in 2 ATA (which is double the air pressure) this DOUBLES the effect of the 100% oxygen. The net result is that the body experiences a 10-fold increase in oxygen to the cells! Wow! 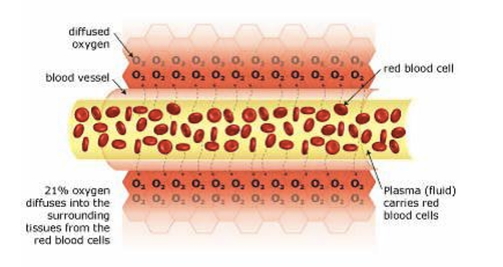 Here are just some of the many amazing benefits that Hyperbaric Oxygen Chamber Therapy has been shown to provide:
The use of increased atmospheric pressure for medical therapy has intrigued many physicians and scientists for hundreds of years.

Wherever blood flow and oxygen delivery to vital organs is reduced, their functioning can be improved with HBOT.

When the brain is injured by stroke, cerebral palsy, or trauma, then HBOT may re-activate the stunned parts of the brain to restore function. Results can be dramatic. Patients with cerebral vascular disease commonly recover from complications of stroke more readily after HBOT.

These benefits do not happen in just one treatment. A series of treatments are required. Before entering the pressurized oxygenated room or tube, here’s some things you can expect:

We call our treatments ‘dives’ because our chamber is pressurized to 2.2 ATA (atmospheres absolute), which is the equivalent of scuba diving down 40 feet of seawater. It’s a unique treatment that not many people know about.

When body tissue is injured, it may require more oxygen to heal. Hyperbaric oxygen therapy involves breathing in oxygen at a high pressure to help fight infection and induce wound healing.

The pressurization and oxygen hoods are the most important aspects of the therapy. The mask increase the oxygen that your lungs take in, and the pressurization increases the amount of oxygen your blood absorbs. This delivers more oxygen to parts of the body where it may be in short supply. The extra oxygen can assist with healing, fighting infection and has also been shown to stimulate the release of stem cells and growth factors.

The increased atmospheric pressure, along with the patient receiving 100% oxygen through the hood, allows both your blood and blood plasma to carry oxygen more effectively. This saturates the body with oxygen and improves the body’s effectiveness in healing wounds, concentrating stem cells or improving many different medical conditions. We treat patients with a variety of diagnoses in our chamber, but each indication is backed up by scientific research and endorsed by experts in the field.

Hyperbaric medicine has been done for a long, long time. The first treatment was done in the 1930s by the U.S. Navy for decompression sickness. Treatments have been performed in healthcare settings since the 1950s or 1960s.

​In very rare cases, seizures or a collapsed lung can occur due to the treatment, and it can potentially increase the progression of cataracts.


A collapsed lung would only occur if the patient had emphysema or another lung disease where air could get trapped in small blebs (a blister filled with fluid) and burst with the pressure changes. But this is extremely, extremely rare.

​Have you ever wondered why lizards can regenerate their tails after they drop them? How do salamanders have this amazing ability to regrow entire limbs and regenerate parts of major organs, including, for example, the heart? They stand out as the only vertebrates that can replace complex body parts that are lost or damaged at any age, meaning they have the ability to teach us an enormous amount about regeneration, which could eventually be used for tissue repair in humans. Recently, it was shown that specialized immune cells, called macrophages and stem cells are critical in the early stages of limb regeneration in salamanders. Interestingly, macrophages also play a vital role in organ and tissue development in mouse embryos, producing small signals to promote growth of new limbs and heal wounds.

Hyperbaric oxygen can stimulate this response.

No, you won’t grow a tail! We promise! But you will regenerate tissues, heal and improve many different conditions with our chamber.